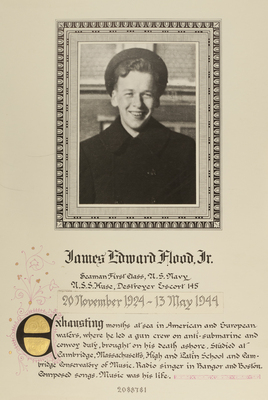 Exhausting months at sea in American and European waters, where he led a gun crew on anti-submarine and convoy duty, brought on his death ashore. Studied at Cambridge, Massachusetts, High and Latin School and Cambridge Conservatory of Music. Radio singer in Bangor and Boston. Composed songs. Music was his life.