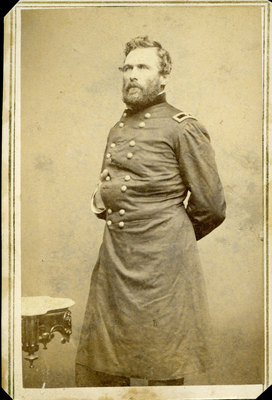 Berry, Hiram G., major-general, was born in Thomaston (now Rockland), Me., Aug. 27, 1824, learned the carpenter trade as a boy, and afterwards became a navigator. He represented his native town for several terms in the state legislature and was mayor of the city of Rockland. At Rockland he organized and for several years commanded a company called the Rockland Guard, which was well known for its excellent discipline. At the beginning of the Civil war, Gen. Berry entered the service as colonel of the 4th Maine infantry, took part in the battle of Bull Run, the siege of Yorktown, and on April 4, 1862, was made a brigadier-general. He was present at the battles of Fair Oaks and Williamsburg at the Seven Days, fight, the second Bull Run campaign, and Chantilly. In Jan., 1863, he was nominated by the president as major-general of volunteers, the nomination was confirmed, and he was placed in command of the 2nd division of the 3rd army corps, succeeding Gen. Sickles. Berry lost his life at a critical juncture in the battle of Chancellorsville, when, at the head of his division, he was leading a bayonet charge against the enemy.