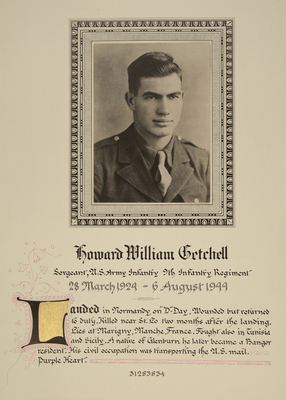 Landed in Normandy on "D-"Day. Wounded but returned to duty. Killed near St. Lo two months after the landing. Lies at Marigny, Manche, France. Fought also in Tunisia and Sicily. A native of Glenburn, he later became a Bangor resident. His civil occupation was transporting the U.S. mail. Purple Heart.