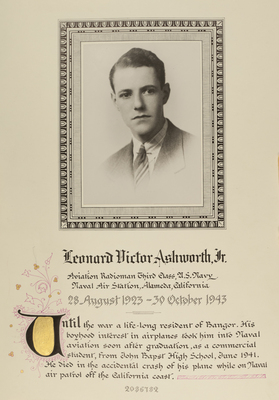 Until the war a life-long resident of Bangor. HIs boyhood interest in airplanes took him into Naval aviation soon after graduation, as a commercial student, from John Bapst High School, June 1941. He died in the accidental crash of his plane while on Naval air patrol off the California coast.